Sixteen prominent climate scientists argue that there is more reason than ever for the Environmental Protection Agency to regulate greenhouse gases, at the same time some politicians are pushing the EPA to reverse its 2009 decision to do so. In a paper appearing in the Dec. 14 issue of the journal Science, these scientists, including Solomon Hsiang, a professor in UC Berkeley’s Goldman School of Public Policy and co-director of the Lab, assert that the evidence today that climate change is affecting the health and welfare of Americans is even greater and more conclusive than it was nine years ago, when the EPA, in a landmark “endangerment finding,” took on the legal obligation to regulate greenhouse gases under the Clean Air Act.
Read Article

The Clean Air Act requires the EPA to regulate air pollutants when the agency’s administrator finds that they “cause, or contribute to, air pollution which may reasonably be anticipated to endanger public health or welfare.” In 2007, the Supreme Court confirmed the EPA’s authority to make an endangerment finding regarding greenhouse gases, characterizing it as a “scientific judgment” about “whether greenhouse gas emissions contribute to climate change.”

Yet three months ago, one senior Republican senator said that the administration of President Donald Trump might try to repeal the decision, strengthening efforts to roll back vehicle emissions standards and regulations on carbon emissions in the United States.

“There is no question that public health and welfare are endangered by climate change, and we know that with much more confidence now than we did in 2009,” said study co-author Chris Field, director of the Stanford Woods Institute for the Environment.

Since 2009, for example, scientists have become more certain that extreme weather events and their damaging effects on health, agriculture and ecosystems can be attributed to human-caused climate change. “More than 70 percent of recent record-setting hot, warm and wet events, and approximately half of record-setting dry spells, along with the recent California drought, the storm-surge flooding during Superstorm Sandy and Hurricane Katrina and heavy precipitation during Hurricane Harvey,” can be attributed to greenhouse gas-induced climate change, the authors say.

“For each of the areas addressed in the [endangerment finding], the amount, diversity and sophistication of the evidence has increased dramatically, clearly strengthening the case for endangerment,” according to the paper.

The paper also expands the range of negative impacts from climate change beyond those listed in 2009, including, for example, threats from ocean acidification. Hsiang contributed an analysis that included newly realized threats to national security, economic well-being and violence. Research, including his own, has shown that warming temperatures are associated with higher rates of domestic violence, rape, assault and murder, as well as more aggressive behavior in public, while emerging evidence also indicates that hot periods elevate the risk of self-harm and suicide.

Increased violence has the potential to generate political upheaval and out-migration, which in turn creates political crises like the reaction today in the U.S. to migration from Central America and in Europe to migration from the Middle East and Africa. The nation’s security is impacted by such global movements of people, not to mention natural weather extremes that endanger personnel and U.S. bases in America and abroad.

“Since the original Supreme Court decision, we have learned a huge amount about the potential human and economic costs of climate change, both in the U.S. and around the globe,” said Hsiang. “A revolution in interdisciplinary research linking climate science, economics and data science is opening our eyes to what may lie ahead.”

Research at UC Berkeley and the Climate Impact Lab, where Hsiang is a principle investigator, has played a central role in this revolution.

The authors concluded, “New evidence about the extent, severity and interconnectedness of impacts detected to date and projected for the future reinforces the case that climate change may reasonably be anticipated to endanger the health and welfare of current and future generations. … the EF, fully justified in 2009, is much more strongly justified in 2018.”

This piece originally appeared in Berkeley News. It has been republished here with permission from the author. 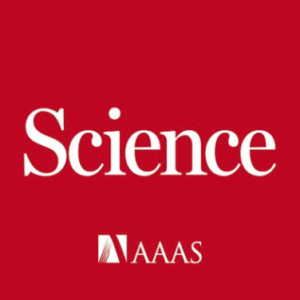 We assess scientific evidence that has emerged since the U.S. Environmental Protection Agency’s 2009 Endangerment Finding for six well-mixed greenhouse gases, and find that this new evidence lends increased support to the conclusion that these gases pose a danger to public health and welfare. Newly available evidence about a wide range of observed and projected impacts strengthens the association between risk of some of these impacts and anthropogenic climate change; indicates that some impacts or combinations of impacts have the potential to be more severe than previously understood; and identifies substantial risk of additional impacts through processes and pathways not considered in the endangerment finding.

For centuries, thinkers have considered whether and how climatic conditions influence the nature of societies and the performance of economies. A multidisciplinary renaissance of quantitative empirical research has begun to illuminate key linkages in the coupling of these complex natural and human systems, uncovering notable effects of climate on health, agriculture, economics, conflict, migration, and demographics.